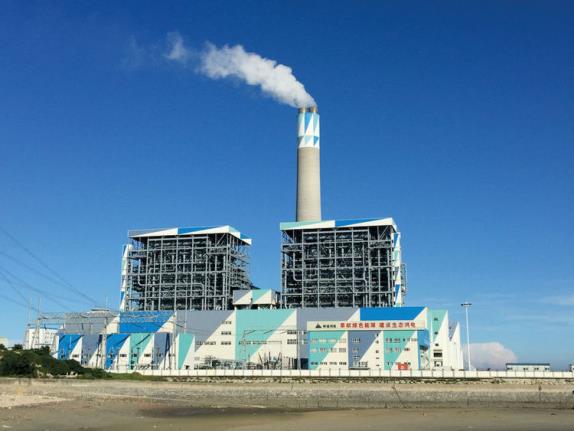 Project
Since years, both PROFIBUS DP and PA are well established fieldbus systems also in China and run i. a. successfully in about 50 conventional power stations in the country, yet without exception on control systems and with engineering support from Europe! Recently however, a remarkable step forward could be realized: Because of the positive experience with former installations, PROFIBUS has been elected for operation on a domestic Chinese control system for the first time. This happened in a new, coal-fired power plant with two 1000 MW blocks, with many hundreds of field devices from manufacturers from all over the world, a challenging project - with a positive outcome!

Solution
All control tasks of the plant run on a Hollymacs DCS (type S 6.5.2) from Hangzhou Hollysys Automation. Fieldbus protocols are PROFIBUS DP and PROFIBUS PA with RS485 and MBP transmission technologies. All processes of the plant are controlled via fieldbus technology. Additionally, the system also monitors intelligent field devices such as pneumatic positioners or level gauges for diagnosis purposes, which e.g. helps to localize and adjust wrong settings of the devices remotely. Fieldbus technology is operated by the DCS in parallel with the traditional analog technology.
It is a true multi-vendor installation with a total of 2500 fieldbus-connected devices from manufacturers including ABB, Endress+Hauser, Festo, Fisher, Rosemount, Siemens and Yokogawa. As an example: More than 250 PROFIBUS PA devices and 18 redundant master controllers have been installed just in the turbine room.

Conclusion
The use of PROFIBUS in coal fired power stations is standard since decades in many countries including China. Remarkable, however, is that a Chinese automation company now decided for the first time to handle such a challenging project by itself without cooperation with companies from abroad. PROFIBUS field devices have been selected and delivered from many different manufacturers and combined with a domestic control system and the PROFIBUS protocol to successfully form a real “Multivendor Plant”. This proves both the capabilities of the Chinese automation companies and, at the same time, the performance and reliability of PROFIBUS protocol and field device technology.