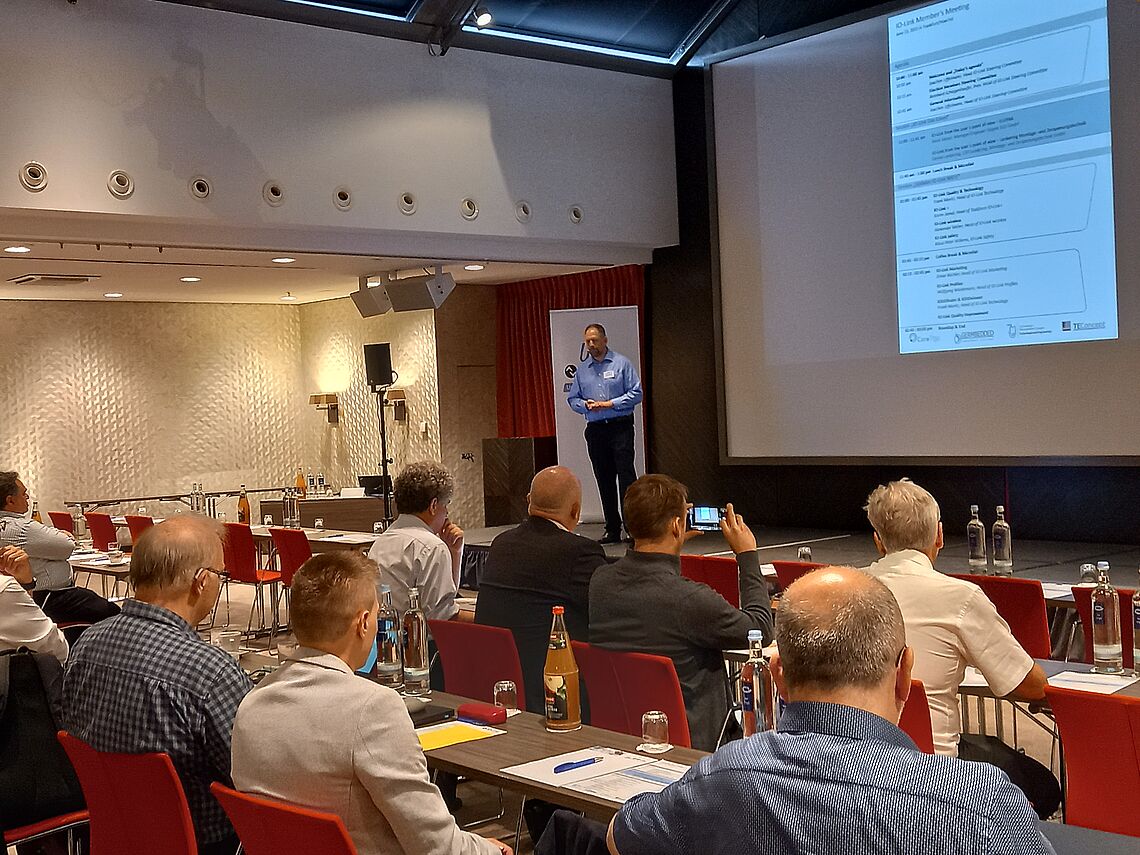 Another highlight on the agenda were two application reports from end users. Attending for the second time, Horst Klesse again contributed to making the IO-Link Member’s Assembly a success. Back in 2017, he had demonstrated the use of IO-Link at his company’s bottling plants for the first time. This time around, he impressively demonstrated what elopak has since been working on with regard to IO-Link, as well as the challenges tackled and solved by the IO-Link Community for users.

Dennis Lenkering demonstrated the use of IO-Link at the Lenkering Montage und Zerspannungstechnik GmbH company in Steinfeld, Germany no less impressively and explained the background, advantages and experience as a system integrator of IO-Link with various use cases, such as gluing automation.

At the end of May, the IO-Link Community welcomed TÜV Süd as its 400th member. It was a special pleasure for that also Günter Greil of TÜV Süd could be welcomed on site in Frankfurt. For many years, the company has been engaged with IO-Link technology and is a leading driver of IO-Link Safety. It would also like to support this technology as a test lab for IO-Link Safety in the future.

To inform all participants about the latest IO-Link goings-on, the working group heads reported on the status and activities of their working groups.